SmartAsset ranked the top ten cities for finding tech jobs in the US. They used data from 172 cities and compared it to five metrics: average tech salaries, unemployment rate for those with a bachelor’s degree or higher, percentage of the local population employed in IT, ratios of tech salaries to average salaries across all jobs in the city, and cost of living. With the cost of living added into the mix, California and New York are not in the ranking. If you are willing to move for a better job opportunity, contact JobsAWorld. Submit your resume and you will be matched to the perfect job you have always dreamed of having. 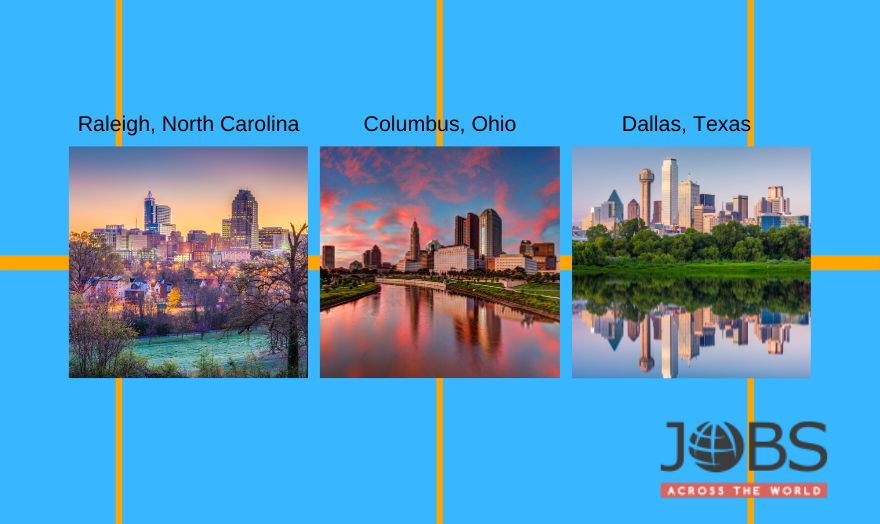 Columbus, Ohio, has won first place again, making it three years in a row. The average tech worker in the city earns 80 percent more than the average wage across all other sectors. Second-ranked Dallas, Texas, which has a fairly large tech scene, has a low cost of living. The average IT worker makes, on average, $93,820. Raleigh, North Carolina, ranked third on the list for top cities to find a tech job in the US. The average wage for tech workers in the region is $91,680. Although tech workers in fourth-ranked Cedar Rapids, Iowa, only bring home $83,260, the cost of living is well below the national average, so your money goes further. There are many job opportunities available around the world. Submit your application to Jobs Across the World to find the perfect position. It doesn’t matter where you or the company is located.