Perth and Gold Coast are ready to welcome new skilled migrant workers with open arms. The Australian government is trying to tackle the congestion problem in Sydney, Brisbane, and Melbourne by opening doors for immigrants in the outer regions. There are now 25,000 regional visas allowed annually, up from 23,000, for those agreeing to work outside the largest cities. Those who agree to a three-year stint in Perth or Gold Coast will have their applications moved to the top of the list and be eligible to apply for permanent residency. Relocating for a better job opportunity is available when submitting your application to Jobs Across the World. Contact them today!

Immigration Minister David Coleman denies the decision to include the two regions was a flipflop, although earlier in the month he said these two cities would not be added to the program. Instead, he claims advocacy from all sides of politics impacted the final decision. There has been a 70 percent population growth in Australia’s three largest cities. Contact Jobs Across the World for the perfect job opportunity. It doesn’t matter where you or the job is located. 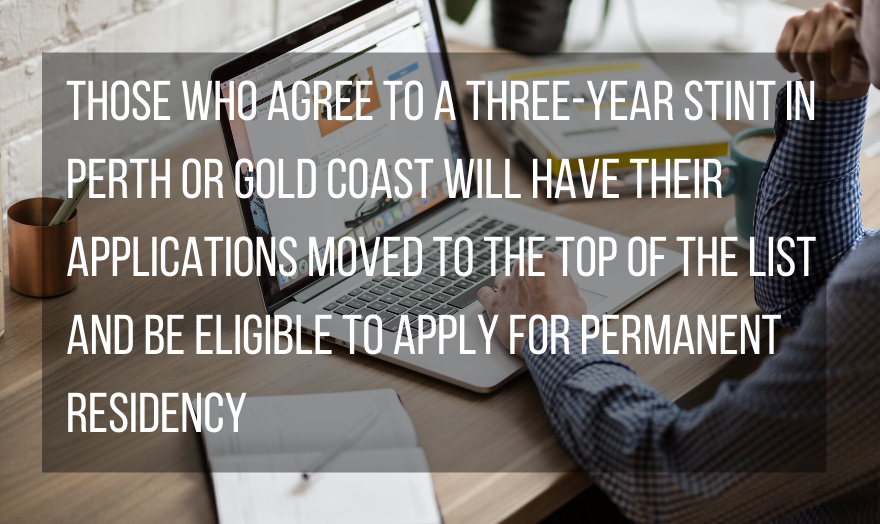